IT on the Square

Malware and virus authors are very creative in their ways of deceiving users. Even professionals can be tricked into installing them. We can clean up your pc by removing malware and viruses. Note that not all data can be retrieved if it has been encrypted (via ransomware) or permanently deleted.

We offer complete IT management for your business. Contact us for more information. 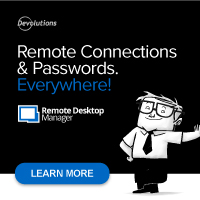 IT on the Square services Wayne and the surrounding counties. Stop by the store or contact us by phone or email. We will get back with you as soon as we can. Don't forget to leave your contact information as well.

After moving to Corydon, IA in December of 2011, Jordan Duerksen took some time off from his career as a software developer. But it wasn't long until he heard Wayne County Hospital had found some troubling data artifacts. Jordan was contracted to help research and resolve them. He was subsequently contracted periodically to write custom software for the hospital.

Soon thereafter he began receiving calls from people with computer-related problems. Some software and hardware issues, some malware and viruses, and of course plenty of printer issues. He began this work mostly as a hobby. Business was spread entirely by word-of-mouth at this time. Business was enough that he purchased the domain ismypcguy.com and began doing work under that moniker.

Jordan rented the store-front and founded IT on the Square, LLC in April of 2019. What started as a hobby had turned into a full-time business.

Our goal is continued improvement of our local community by providing honest and friendly hardware and software solutions for both consumer and business customers. We offer general PC troubleshooting and tune-ups, accessories, custom builds and brand name computer sales. We even offer house-calls. Our business customers can also benefit from general IT consulting and hourly maintenance plans to complete managed services.

IT on the Square, LLC is a Malwarebytes Technology Partner. Inquire about Malwarebytes Premium or Endpoint Protection via email or at our store.

Jordan graduated from Olivet Nazarene University in 1993 with a Bachelor's of Science in Computer Science and pursued a career in software development.